This week, we published an emergency briefing on the collapse of Great Salt Lake. We worked hard to get the content and wording of the report right, so I won't restate the details here. However, I wanted to provide some context about the report's origin, purpose, and reception so far.

Why another GSL report now?

If all the ink spilt writing about Great Salt Lake could be transmogrified into water, we wouldn't be in such a bind right now. Just in our "Additional resources" section, we link to 19 articles and reports on the lake, many of which contain detailed analyses and actionable recommendations. We did not write our report to supplant those documents or act as the final word going into the future.

We started working on the report after the Salt Lake County Watershed Symposium in November. The presentations and conversations at that symposium made it painfully clear that the lake was getting worse much more rapidly than expected. The biologists, ecologists, and hydrologists who study and manage the lake kept on emphasizing the risk of dramatic change in the next 12 to 18 months. Every function and service of Great Salt Lake is threatened, from preventing toxic dust storms to providing critical minerals.

This "next few months" timeline was very different than the "next few decades" framing that has dominated policy discussions (for example, this article from 3 weeks ago). Leaders from my church and university who attended the symposium asked for an emergency briefing to make sense of the scale of the problem and window of opportunity for implementing solutions.

We dropped our other projects and assembled an interdisciplinary team to create the report. There was a huge range of disciplinary expertise and political backgrounds among the contributors. We had conservative economists, moderate ecologists, and liberal historians (among others) discussing the conclusions in long email threads and phone conversations. This was one of the most stimulating and productive aspects of the project. Every interpretation and recommendation was questioned from three different angles.

In addition to our coauthor list of 32 researchers, managers, and community organizers, we had over a dozen external reviewers who provided detailed feedback on the report prior to publication. This added another level of assumption checks and reconsiderations. We didn't agree on every detail, but we integrated every critique and comment.

Are you saying the lake will be gone in 5 years?

Much of the media coverage has focused on a hypothetical analysis we include in the second point of the executive summary. Prior to publication, we discussed at length whether to "connect the dots" between the current rate of decline and the remaining water in the lake. Ultimately, here is what we wrote:

"The lake’s drop has accelerated since 2020, with an average deficit of 1.2 million acre-feet per year. If this loss rate continues, the lake as we know it is on track to disappear in five years."

We were not and are not making a prediction that the lake will be completely dry in five years. Indeed, most of us believe that emergency conservation measures and stabilizing feedbacks in the lake system will prevent that from happening. We were pointing out the simple hydrological fact that if the current rate of loss continues, the lake is on track to disappear within five years and experience devastating symptoms even sooner. We could think of no better way to communicate how rapid and serious the lake's loss of water was than by using this simple hypothetical. 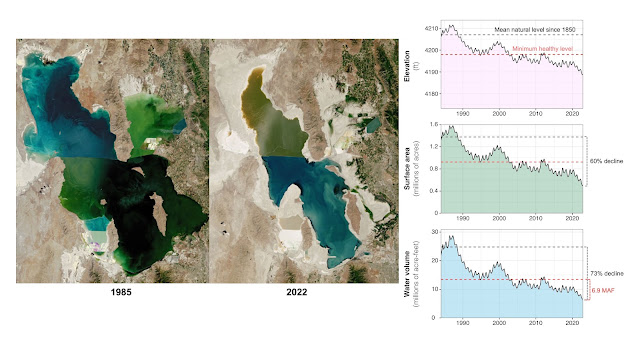 One of the main data figures from the report showing the accelerated loss of water since 2020.

There has been some pushback, including a major state agency calling our hypothetical "unlikely." I think it is really helpful to have open dialogue, and I appreciate all critiques and responses.

In defense of our general timeline, I point out that we're not just talking about the dramatic loss of water or surface area that would occur without dramatic changes. Those are important metrics, but the effects of unsustainable water use are hitting the lake long before its total disappearance. The main body of the lake is sitting at 19% salinity right now, almost 6-times saltier than the ocean. At these salinities, the lake's food webs are breaking down. We're not just talking about another foot of elevation loss. We are talking about whether or not there will be food for the millions of migratory birds who depend on Great Salt Lake this spring and summer.

Similarly, we discussed at length whether to make specific flow recommendations. We did not (and do not) want lawmakers to feel that we are trying to do their job. Additionally, we recognize that the state has an ongoing process in place to estimate minimum flows and establish a long-term recovery plan. Here is an excerpt from one conversation on this topic:

"I think this document will be even more useful to lawmakers and the governor's office if it is unambiguous about ecological targets and the flows needed to achieve them in 2023. I think it's a great opportunity to "cut to the chase" and put those numbers on the table for consideration in the upcoming legislative session."

We ultimately decided to treat everyone like adults. We would share our frank and unfiltered conclusions based on our analysis of publicly available data and trust our readers to use it as intended. 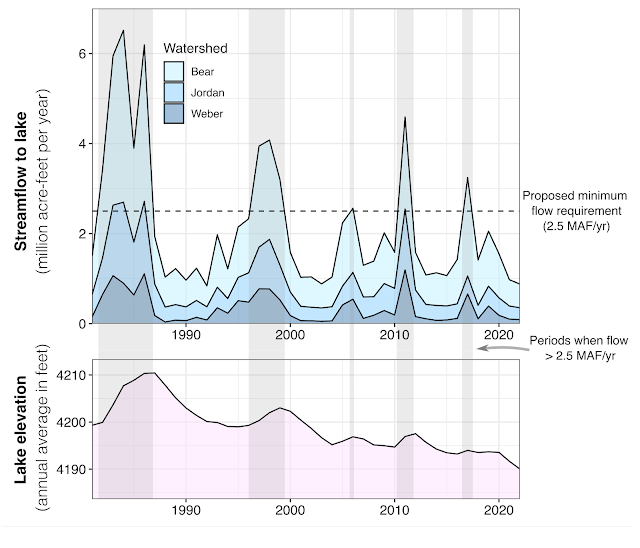 We recommend establishing a minimum flow of at least 2.5 million acre-feet per year.

Is the state going to look like Blade Runner 2049?

Within days of the report going live, I got several messages from friends and strangers asking if it was time to pack up and leave Utah. This is one of the most serious threats we have faced as a state, and I understand the fear and instinct to give up. The risks are real, and we need to take them deadly serious. Nature doesn't negotiate or grade on a curve. We either get this right or suffer the consequences.

Last summer, Joel Ferry, a former state representative and current executive director of the Utah Department of Natural Resources expressed the risk bluntly. “We have this potential environmental nuclear bomb that’s going to go off if we don’t take some pretty dramatic action,” Ferry told the New York Times.

I do not think it is time to throw in the towel. In fact, I am quite optimistic that we will rise to this challenge and bring our water use to sustainable levels. As humans, we have an amazing ability to live in denial until the last minute, but we also have an enormous capacity for rapid change. Comparing this to the Utah Lake island debate of the past few years, we are in a much better position with Great Salt Lake. There is nonpartisan consensus around this issue, the state has already rejected proposals to take more water from the lake, and we are in action mode with legislation and executive movement. As Tim Hawkes says (one of the most effective legislative leaders on the lake), we are pulling emergency levers real quick.

The emergency language that we use throughout our report is based on our scientific assessment of the risk. We hope that it can spur solidarity and action in some small way.

Taking an analogy from state history, the wagons and handcarts are stranded on the plains. We need to drop everything and send help. As one member of the governor's office told me this week, faith and works is kind of our brand. Let's keep praying for precipitation and work out butts off to bring our water use into harmony with the beautiful Great Basin. 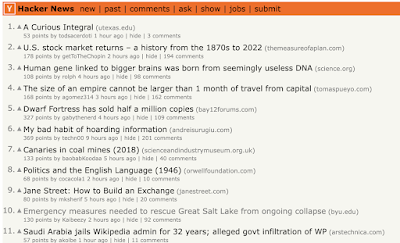